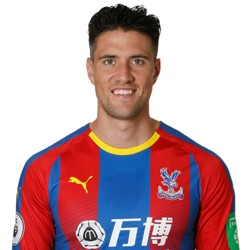 Wow! This means the average man in the UK needs to work for at least 7.4 years to earn the same as Kels earns in only 1 month.

The Englishman came up through Liverpool's youth system and graduated to The Reds' senior-team in 2008, and later moved to London club Crystal Palace in 2014 in search of regular first-team opportunities, his net worth sits at €12.6 million (£11.2 million). Nearing his thirties the defender has a market value of €3 million (£2.7 million).

Kelly Tattoo - Does he have one?