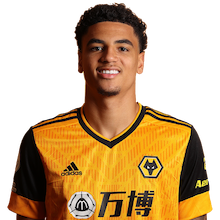 Wow! This means the average man in the UK needs to work for at least 5.2 years to earn the same as Ki earns in only 1 month.

The Dutchman came through Ajax's academy before joining Liverpool for a short spell. In the summer of 2020 he completed a move to Wolverhampton Wanderers and signed a contract with a net worth of 10 Million Euro (9.1 Million Pound). The Reds paid over the odds, sealing the transfer for £9 million where as his market value is evaluated at 7 Million Euro (6.4 Million Pound).

Hoever Tattoo - Does he have one?