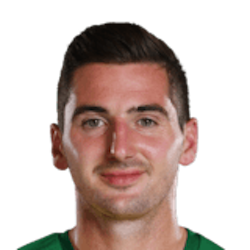 Wow! This means the average man in the UK needs to work for at least 1.5 years to earn the same as Kenny earns in only 1 month.

The Scotsman spent most of his footballing career in his native land playing for St. Mirren and Aberdeen. He signed a three-year deal with Norwich City on January 2018, bringing his net worth to an estimated €3.5 million (£3.1 million). The midfielder has a market value of €2.5 million (£2.2 million).

McLean Tattoo - Does he have one?