Join WTFoot and discover everything you want to know about his current girlfriend or wife, his shocking salary and the amazing tattoos that are inked on his body. Find out what house the Colombian left winger lives in or have a quick look at his cars! 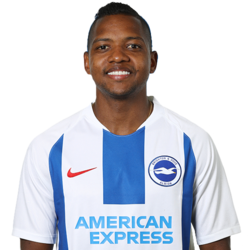 Dear WTFoot fans, welcome to the profile of the rapid Colombian winger José Izquierdo. Later on you will find everything about his personal life such as his house, girlfriend and tattoo - but first let’s dive straight into his personal history. For what clubs did he play and how did he develop himself as a player? His parents had other plans with him: they wished he would become a tennis player. But instead he preferred to kick tennis balls with his feet rather than with a racket. So he joined the youth academy of Deportivo Pereira. And the boy was talented! Fun fact: he started a goalkeeper! Later he moved to the midfield before he finally became the winger he is today. After a couple of years he made the step upwards to Once Caldas (Colombia as well) before he joined the Belgian club Club Brugge in 2014. In the Belgian Pro-League he became a true revelation with 34 goals in 84 matches. In August 2017 it was announced that Brighton & Hove Albion bought him for a record fee of 13.5 Million Pound. He made his debut in the same month, coming in as a substitute in the match against Watford (0-0). His first goal for the club was in October 2017 when he made a beauty against West Ham United (3-0 win).

Wow! This means the average man in the UK needs to work for at least 6 years to earn the same as Izzy earns in only 1 month.

In his two years in England he already doubled his net worth: his current net worth is estimated at 7 Million Euro (6 Million Pound). This technical dribbler is still young and has many years of professional football ahead of him. Players like him are always welcome - at every club. His current market value is 13 Million Euro (11.5 Million Pound).

Izquierdo Tattoo - Does he have one?