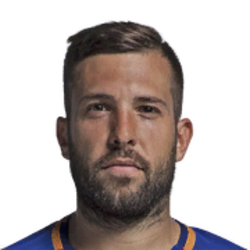 Wow! This means the average man in the UK needs to work for at least 21.8 years to earn the same as El Moto earns in only 1 month.

The Spaniard came through the ranks of La Masia before departing for Valencia CF to get opportunities at regular first-team football, he returned to join his boyhood club in 2012 and has been a staple in the first-team ever since. The flying full-back from Spain has a net worth in the region of €67.5 million (£61.8 million), while his market value is approximately €50 million (£46 million).

Alba Tattoo - Does he have one?