Join WTFoot and discover everything you want to know about his current girlfriend or wife, his shocking salary and the amazing tattoos that are inked on his body. Find out what house the French/Ghanian centre-forward lives in or have a quick look at his cars! 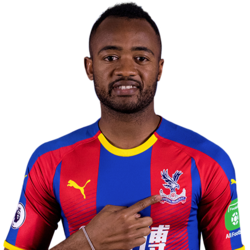 Wow! This means the average man in the UK needs to work for at least 6.2 years to earn the same as Jo earns in only 1 month.

The French born Ghanian international came up through the ranks at Olympique De Marseille and featured for the French club between 2009-2014, he moved to England in 2015 and since has played for three different clubs including Aston Villa, Swansea and Crystal Palace, his net worth sits at an estimated €15.9 million (£14 million). The Ghanian forward has a market value of €8 million (£6.9 million).

Ayew Tattoo - Does he have one?