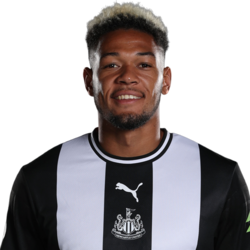 Born in Aliança, Brazil, he joined the youth academy of Brazilian second-division side Sport Recife in 2010 as a 14-year old. After promising displays in the Campeonato Brasileiro Série A he was scouted and offered a five-year contract by German Bundesliga outfit TSG Hoffenheim. On 18 December 2015, he made his league debut for Hoffenheim, as a late substitute, in a 1-0 defeat to Schalke 04. Still young and inexperienced, the forward was sent out for a two-year loan to Austrian club Rapid Vienna to aid in his development. The Brazilian quickly established himself as the team’s first-choice centre forward, appearing in excess of 70 competitive fixtures, with close to 30 goals and assists to his name. He returned to TSG Hoffenheim ahead of the 2018/19 Bundesliga campaign; during the season the Brazilian hitman featured in 33 competitive games and scored 11 goals, including a hat-trick in a 6-1 victory over FC Kaiserslautern in the DFB Pokal. On 23 July 2019, Premier League club Newcastle United secured the services of the South American goalscorer on a six year deal, lashing out a club-record fee of over £40 million. He made his debut on 11 August, as The Magpies fell to a 1-0 defeat to Arsenal.
ADVERTISEMENT

Wow! This means the average man in the UK needs to work for at least 11.3 years to earn the same as Joe earns in only 1 month.

The Brazilian forward made a name for himself in the German Bundesliga with TSG Hoffenheim. In the summer of 2019, he signed a six-year deal with Premier League club Newcastle United. He has a net worth close to €27.5 million (£24.9 million), and a market value estimated to be around €35 million (£31.6 million).

Lira Tattoo - Does he have one?