Join WTFoot and discover everything you want to know about his current girlfriend or wife, his shocking salary and the amazing tattoos that are inked on his body. Find out what house the Ivorian/French defensive midfielder lives in or have a quick look at his cars! 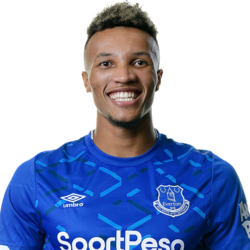 Wow! This means the average man in the UK needs to work for at least 7.4 years to earn the same as Big Phil earns in only 1 month.

The Ivorian midfielder began his professional career with French club Lens in 2012. After a three-year spell in Germany with Bundesliga outfit FSV Mainz 05 he moved to England to play for Premier League club Everton. He has a net worth in the region of €18 million (£16 million). The midfielder's market value stands at approximately €28 million (£25 million), but only 23 and his best years ahead of him, it is expected to rise significantly.

Gbamin Tattoo - Does he have one?