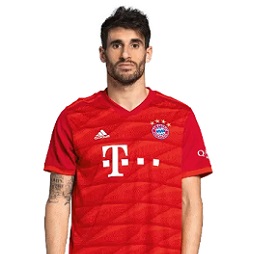 Wow! This means the average man in the UK needs to work for at least 14.4 years to earn the same as JaMa earns in only 1 month.

The Spaniard rose to prominence with La Liga club Atlético Bilbao and transferred to Bundesliga giants Bayern Munich in 2012. The 31-year old has amassed a net worth closed to €55 million (£47 million) from his illustrious career. Nearing towards the later part of his playing career, the midfielder has market value of €27 million (£23 million).

Martínez Tattoo - Does he have one?