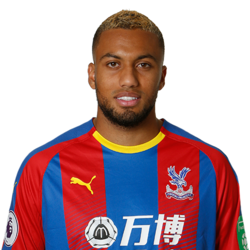 Wow! This means the average man in the UK needs to work for at least 8.4 years to earn the same as Jay earns in only 1 month.

The Dutchman came through the famous youth academy of AFC Ajax and played for the Dutch super club for five years before moving to England to sign for Crystal Palace in 2017, his net worth is estimated at €17.6 million (£15 million). The defender has a market value of €5 million (£4.3 million).

Riedewald Tattoo - Does he have one?