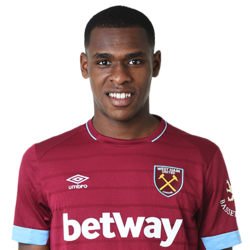 Wow! This means the average man in the UK needs to work for at least 9.9 years to earn the same as Dioppy earns in only 1 month.

Only 22 years of age but having played first team football in France's Ligue 1 from when he was still a teenager and his recent multi million pound deal with Premier League outfit West Ham United has seen the Frenchman accumulate a net worth estimated at €10 million (£8.6 million). Recent performances within the Premier League coupled with praise from managers such as the likes of Jose Mourinho has seen the defenders market value rise to upwards of €30 million (£25.9 million), and this is only the beginning.

Diop Tattoo - Does he have one?