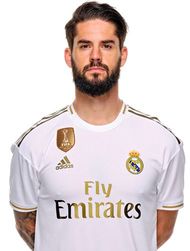 Wow! This means the average man in the UK needs to work for at least 32.0 years to earn the same as Isco earns in only 1 month.

The midfielder played for some of the biggest clubs in Spain; he started at Valencia CF and came under the limelight at Málaga; in 2013 Real Madrid came calling, and the rest as they say "is history". During his career, the Spaniard has put together a net worth close to €92 million (£81.5 million); approaching thirty, his market value sits around the €60 million (£53.2 million) mark.

Isco Tattoo - Does he have one?