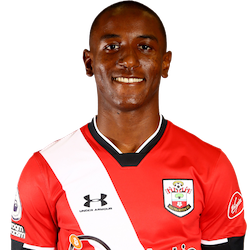 In October 2020 the defensive midfielder signed a contract with Southampton that nets him a whopping salary of 1.6 Million Euro (1.4 Million Pound) per year. We have crunched the numbers, this means he earns €4,384 (£3,957) per day and €183 (£165) per hour!
Since you've been viewing this page, Ibrahima Diallo has earned...

Wow! This means the average man in the UK needs to work for at least 4.0 years to earn the same as Ibra earns in only 1 month.

The Frenchman departed native soil for an English adventure in the summer of 2020, signing with Premier League club Southampton. The midfielder signed a four-year contract with The Saints which bolsters his net worth rise to a considerable 7.5 Million Euro (6.8 Million Pound). The Hampshire club paid close to 15 Million Euro (13.5 Million Pound) for the young footballer's services, which more or less reflects his market value

Diallo Tattoo - Does he have one?