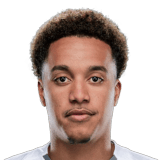 Wow! This means the average man in the UK needs to work for at least 4.6 years to earn the same as Hélderito earns in only 1 month.

Hélderito has been playing for some of Europe's biggest clubs and now he is playing in the biggest league in the world. As a result his net worth is sky high. He is currently worth about 7 Million Euro (6.3 Million Pound). His market value is still roughly the same. There are some Wolves fans that suggest that they have slightly overpaid for the lad. His current market value: 10 Million Euro (9 Million Pound).

Costa Tattoo - Does he have one?