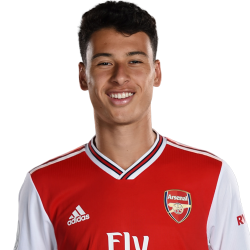 Wow! This means the average man in the UK needs to work for at least 3.0 years to earn the same as Gab earns in only 1 month.

The young Brazilian winger played for local club Ituano Sociedade Civil de Futebol Ltda before getting his big move to English Premier League club Arsenal in the summer of 2019. Upon signing his first major contract with The Gunners his net worth has seen a significant rise to €4 million (£3.6 million). Still unproven in the big stage the teenager has a market value of €7 million (£6.3 million).

Martinelli Tattoo - Does he have one?