Join WTFoot and discover everything you want to know about his current girlfriend or wife, his shocking salary and the amazing tattoos that are inked on his body. Find out what house the Spanish striker lives in or have a quick look at his cars! 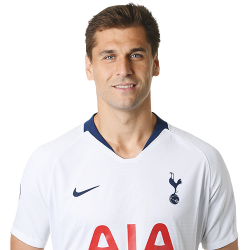 Born in Pamplona and launched his career at Athletic Bilbao. He joined the club in 1996, when he was only eleven years old. In 2003 he moved to their so-called farm team CD Basconia, who played in the Tercera Division by then. He gradually improved and was promoted to Bilbao Athletic, the reserve team of Athletic de Bilbao. They played in the Segunda Division B, in which he made several goals. He was rewarded with a new contract at Athletic de Bilbao and soon made his debut for the first team and in La Liga. He started to become a regular in the first team, a legendary player even, and played 262 games in the first team in which he made 85 goals! But after many highly successful years he decided it was time for something new. He refused a new contract offer of Athletic and confirmed in that he would move to Juventus. He signed a four-year deal in Turin. He stayed two years and scored 23 times in 66 matches. He even made some minutes in the 2015 Champions League final against Barcelona (1-3 lose)! After spending some time in Sevilla and at Swansea City he made the step to Tottenham Hotspur in 2017, where he is the backup striker after Harry Kane.

Wow! This means the average man in the UK needs to work for at least 11 years to earn the same as The Lion King earns in only 1 month.