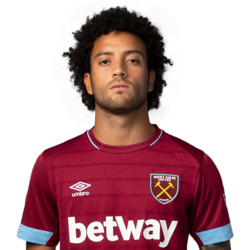 Wow! This means the average man in the UK needs to work for at least 12.4 years to earn the same as O Rato de Roma earns in only 1 month.

The man from Brazil is only 25 years of age but has already accumulated a net worth around €23 million (£19.8 million) from his time in Italy and his recent contract with West Ham United. At 25 years of age and his golden years ahead of him his market value is estimated to be in the region upwards of €40 million (£35 million).

Anderson Tattoo - Does he have one?