Join WTFoot and discover everything you want to know about his current girlfriend or wife, his shocking salary and the amazing tattoos that are inked on his body. Find out what house the Argentinian attacking midfielder lives in or have a quick look at his cars! 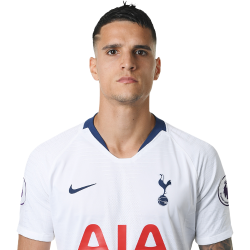 Wow! This means the average man in the UK needs to work for at least 12 years to earn the same as Coco earns in only 1 month.

Coco signed a renewed and improved contract in the summer of 2018. He already plays a couple of years of the Spurs and earned big money in Rome as well. His current net worth is 25 Million Euro (21 Million Pound). He is a very important player of the Spurs but never could totally live up the super high expectations such as being the next Messi. His market value is estimated at 20 Million Euro (17.5 Million Pound).

Lamela Tattoo - Does he have one?