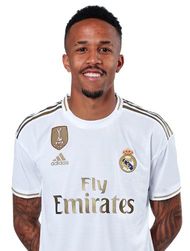 Wow! This means the average man in the UK needs to work for at least 20.5 years to earn the same as Mili earns in only 1 month.

The Brazilian came up through the ranks at São Paulo before catching the eye of Europe's top clubs with Portuguese giants FC Porto; he moved to Real Madrid in the summer of 2019. His six-year contract with the Los Blancos firmly puts his net worth in excess of €49 million (£44 million); the defender has a market value of €50 million (£45 million) but don't be surprised to see it rise in the near future.

Militão Tattoo - Does he have one?