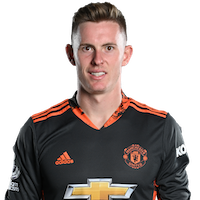 Wow! This means the average man in the UK needs to work for at least 13.7 years to earn the same as Hendo earns in only 1 month.

The Manchester United youth graduate impressed on his loan outings and was rewarded with a 5-year contract in the summer of 2020 which saw his net worth soar to an estimated 29 Million Euro (26 Million Pound). Undoubtedly one of the most promising young keepers in the world Hendo's market value is sighted at 20 Million Euro (17.5 Million Pound) but we think it'll take double that amount to prize him away from The Red Devils.

Henderson Tattoo - Does he have one?