Join WTFoot and discover everything you want to know about his current girlfriend or wife, his shocking salary and the amazing tattoos that are inked on his body. Find out what house the Welsh right midfielder lives in or have a quick look at his cars! 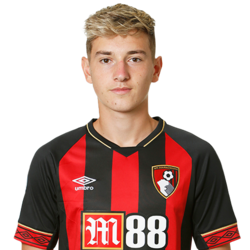 He was born in Warrington, a large town not far away from Liverpool. He was born to a English father and Welsh mother, which makes him eligible to play for both countries. At the age of seven he joined the Manchester City academy. After ten years at City’s youth academy he moved to Sheffield United in 2014. He signed his first professional contract in 2015 but moved to F.C. Halifax Town on loan the very same year. He played 5 apps for Halifax in which he scored 1 goal. In 2016 he moved back to Sheffield, who saw his potential and were happy to take him back to their first team. He made his debut for ‘the Blades’ in August 2016 in a 0-0 draw against Leicester City for the EFL Trophy. The next game he was part of the first eleven in the 2-1 defeat against Walsall. His star was rising as he was picked for the Wales national team only four days later. In October 2017 he signed a new contract at Sheffield United, which connected him to the club until the summer of 2021. In July 2018 Bournemouth signed the young midfielder for a fee of 11.5 Million Pound. He signed a four-year contract at Dean Court, and signed a renewed and long-term contract not even a year later. This lad is playing very well recently and has a bright future ahead of him in the world of football!
ADVERTISEMENT

Wow! This means the average man in the UK needs to work for at least 3 years to earn the same as Brooksy earns in only 1 month.

Brooks Tattoo - Does he have one?