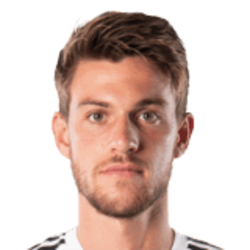 Wow! This means the average man in the UK needs to work for at least 15.4 years to earn the same as DajeDani earns in only 1 month.

Th 25-year old Italian defender came through the youth system at Juventus before going on to represent the first-team. His net worth is estimated at around €36 million (£41.7 million); the youngster is yet to make his mark on the game and a market value in the region of €22 million (£25.5 million).

Rugani Tattoo - Does he have one?