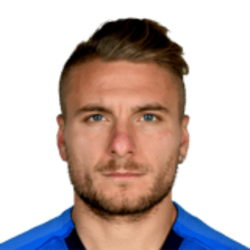 Wow! This means the average man in the UK needs to work for at least ‭10.83 years to earn the same as King Ciro earns in only 1 month.

He has had a long and fruitful career which sees his net worth, at an estimated 15 million Euros. His market value is at 45 million Euros but isn't going to rise, considering he's already 29 years old.

Immobile Tattoo - Does he have one?