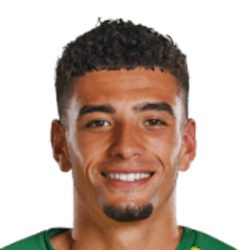 Wow! This means the average man in the UK needs to work for at least 1.4 years to earn the same as Ben earns in only 1 month.

The 21-year old English centre back plays for Norwich City and has a net worth in the vicinity of €2.2 million (£1.9 million). He has shown great potential and clubs all around England are vying for his signature, they will have to pay in excess of his market value, which stands at €9 million (£8 million).

Godfrey Tattoo - Does he have one?