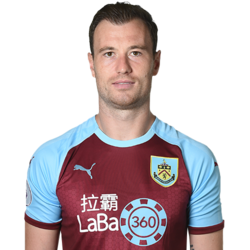 Barney was born in Bath and started to play football at a local club called Bath Arsenal. One of his teammates at Bath Arsenal was fellow 'future professional footballer' Scott Sinclair. When Barney was a teenager he joined the club Paulton Rovers, for whom he scored plenty of goals in the Southern League. Championship club Plymouth Argyle invited him for a trial in March 2007 and the young striker impressed the staff with some goals in the reserve team and was awarded with a one and a half year contract. He made his debut for Plymouth in the League Cup (first round) against Wycombe Wanderers in which he came in the field as a substitute for legend Sylvan Ebanks-Blak. The very same year he was sent on loan to Conference club Oxford United to gain some more match experience. This did not really work out since he only played five games that year. He then moved to another Conference club called Eastbourne Borough. It was there where he started scoring goals and showed off his potential: 5 goals in 8 matches. In the 2009-10 season he joined the League One club Brighton & Hove Albion. He scored on his debut against Tranmere Rovers and a new club legend was born! He played 141 official games for the club in which he found the net 42 times. In January 2014 it was announced that Barnes would move to Burnley for an undisclosed fee. He signed a three and a half year contract at the club.

Wow! This means the average man in the UK needs to work for at least 6 years to earn the same as Barney earns in only 1 month.

Before this lad joined Burnley and signed his current amazing contract he was playing in the lower regions of English football. His current net worth is estimated at 16 Million Euro (13.7 Million Pound). In the beginning people were wondering if he would be able to score in the Premier League as well, but that ain't a question anymore! This guy is a killer. His market value is 8 Million Euro (6.8 Million Pound).

Barnes Tattoo - Does he have one?