Join WTFoot and discover everything you want to know about his current girlfriend or wife, his shocking salary and the amazing tattoos that are inked on his body. Find out what house the French second striker lives in or have a quick look at his cars! 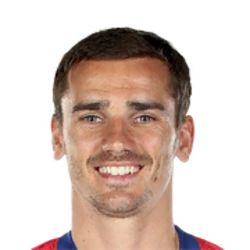 Wow! This means the average man in the UK needs to work for at least 58.4 years to earn the same as Le Petit Prince earns in only 1 month.

The Frenchman has played for two of the biggest clubs in the world in Atletico Madrid, where earned his fame and superstardom, and recently transferred to FC Barcelona. Wages, sponsorship deals, and endorsements has seen him amass a net worth of €200 million (£182 million). The forward is in the prime of his footballing career and has a market value of €130 million (£119 million) to match.

Griezmann Tattoo - Does he have one?