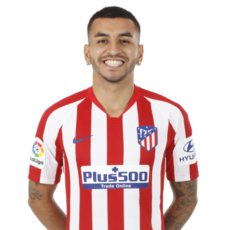 Wow! This means the average man in the UK needs to work for at least 8.6 years to earn the same as Angelito earns in only 1 month.

The diminutive Argentine moved from native club San Lorenzo to Spanish club Atlético Madrid in 2014; his long-term contract with the Los Rojiblancos saw his net worth soar to €27 million (£24 million). Still only 24-years of age and growing in reputation, the forward demands a market value of around €35 million (£31 million).

Correa Tattoo - Does he have one?