Join WTFoot and discover everything you want to know about his current girlfriend or wife, his shocking salary and the amazing tattoos that are inked on his body. Find out what house the French right winger lives in or have a quick look at his cars! 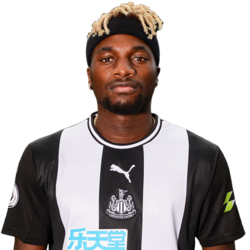 Wow! This means the average man in the UK needs to work for at least 5.0 years to earn the same as Saint Max earns in only 1 month.

The Frenchman has been around the block a few times during his relatively short playing career, playing for Saint Ètienne, AS Monaco and OGC Nice in Ligue 1; German Bundesliga outfit Hannover 96; and signing for Premier League club Newcastle United in 2019. He has a net worth close to €14.7 million (£13 million), and a steadily rising market value of around €25 million (£22 million).

Saint-Maximin Tattoo - Does he have one?