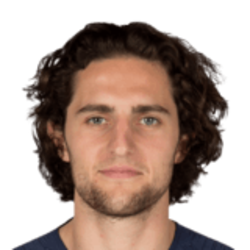 Wow! This means the average man in the UK needs to work for at least 21.3 years to earn the same as Le Duc earns in only 1 month.

The Frenchman has played for two of the biggest clubs in world football in Paris Saint-Germain and Juventus. The 24-year old has a net worth close to €60 million (£52 million). Once heralded as France's "Golden Boy," he has fallen of the hype train in recent years, reflected in his market value of €35 million (£30 million).

Rabiot Tattoo - Does he have one?