Sasha Barkov is a professional hockey player who currently plays for the Florida Panthers. This Finnish player was born on the 2nd of September 1995 in Tampere, Finland. The Florida Panthers selected Barkov with the No. 2 pick in the 2013 NHL Entry Draft. This Finn has spent his entire professional career with the Panthers, and he has already played in the NHL for nine seasons. His best season came during the 2018-2019 campaign when he scored a career-high 96 points. He also led the Panthers in ice time that season.

Prior to this, Sasha was making a name for himself in the Finnish Elite League. He debuted for Tappara on the 1st of October 2011 and became the youngest player to score a point on debut. He used to play for their junior team before making his Elite League debut. Although he suffered a serious injury the following year, the Panthers clearly knew that he was a top prospect. He hasn’t disappointed them at all. Since making his NHL debut, Sasha Barkov has racked up a few individual honours as well. However, for the sake of his team, he’d be hoping that he could elevate himself to the next level.


This Finnish man is ice cold about his personal life. He has never mentioned anything about a girlfriend, and we’re extremely afraid to ask him. We are sure that it’s the same for you. But tell you what, we’re going to do it anyways and will keep you in the loop too.

Who is Aleksander Barkov currently dating?

As of writing, it is assumed that this Finn isn’t dating anyone. Our records indicate that he has never been in a relationship. However, we think that this isn’t completely true.

This young man’s father is Alexander Sr., and he’s a Russian man. You guessed his profession right if you said that dad used to play ice hockey too. He spent time playing all over Europe and settled in Finland after spending the last 10 years of his career with Tappara. Our player’s mum, Olga, is Russian too. She’s a homemaker now. Sasha has a brother named Juri. He has never been married and doesn’t have any kids of his own.

The Panthers rewarded this man with a long-term contract when they offered him an 8-year extension worth $80 Million in 2021. He gladly accepted. This will see him make over $115 million in total from the sport over the next few years. This young man’s net worth as of now happens to be about $35 Million.

How much does Aleksander Barkov earn per year?

In all these years with the Florida-based team, this young man has made a little over $50 million. That equates to about $5 million before tax a year on average. He also makes a few bucks from his sponsors. 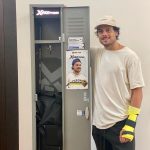 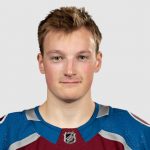