Join us and discover everything you want to know about his current girlfriend or wife, his incredible salary and the amazing tattoos that are inked on his body. Find out what house the American quarterback lives in or have a quick look at his cars! 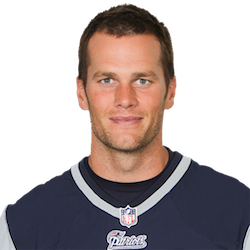 When you spend the first twenty years of your career with a team, it is only natural for everyone to think that you were going to end your career with that team. But it came as a shock when this QB decided to sign with the Tampa Bay Buccaneers in March 2020. The oldest player to win NFL MVP at 40, this gentleman is a well-known figure even among people that do not follow the sport. Selected with pick number 199 in the sixth round of the 2000 NFL Draft, he was grateful in some way to the New England Patriots, which translated to loyalty and saw him remain with them until 2019. He became a starting Quarterback in 2001 and helped the team win 17 division titles. The Patriots have never had a losing season with him slinging the ball. Before the NFL, he played ball for the University of Michigan, and attended the San Mateo based Junípero Serra high school. The oldest QB to start and win a Super Bowl at 41 years, 6 months, and 0 days he has won 6 of the 9 Super Bowls that he has been a part of. He also boasts of numerous other records in the league. He is known for his eccentric lifestyle and is a fine example of longevity in the sport.

Wow! This means the average man in the United States needs to work for at least 37 years to earn the same as Tom Terrific earns in only 1 month.

Some would say that he's the GOAT. But he played his entire career behind a solid defense and got to enjoy the perks of being a QB too. One of those is a big payday which sees his net worth at a cool 180 Million Dollars.

Brady Tattoo - Does he have one?