Join us and discover everything you want to know about his current girlfriend or wife, his incredible salary and the amazing tattoos that are inked on his body. Find out what house the American wide receiver lives in or have a quick look at his cars! 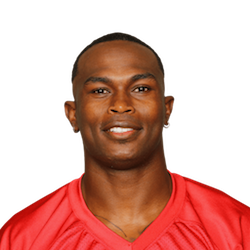 You're not going to become the fastest receiver to 12,000+ yards in the history of the NFL without being explosive. And our man here is all about that. If he's taking a route and has a destination to get to in his mind, he's going to get there no matter what. Plus, when it comes to battling for the football, there aren't a lot of players in the league that can win a one v one battle against him. This wide receiver is 31 years old now and was drafted into the NFL in 2011. The man decided to forego his senior year in college and declared eligibility for the Draft. The Atlanta Falcons picked him as the sixth overall pick in round 1 that year. The Falcons traded 5 draft picks to the Cleveland Browns to pick him up. With a 15.2 yards per reception, he's a two-time receiving yards leader in the NFL. A 7 time Pro Bowl member, he was a member of the University of Alabama's Alabama Crimson Tide football program. He attended the Foley High school in Alabama and was the best wide receiver in the country in 2008. Being able to cover a lot of yards with his long legs, he has been carrying the Falcons for a very long time now. We hope they rebuild soon to give him a sound ending to his career.

Wow! This means the average man in the United States needs to work for at least 33 years to earn the same as Waffle House earns in only 1 month.

His recent contract extension saw him make a guaranteed sum of $64 million. As a result of this, his net worth has risen to an estimated $40 million.

Jones Tattoo - Does he have one?