Join us and discover everything you want to know about his current girlfriend or wife, his incredible salary and the amazing tattoos that are inked on his body. Find out what house the Serbian center lives in or have a quick look at his cars! 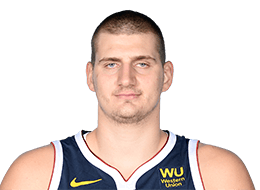 This remarkable Serbian professional basketball player plays in the center position. Born on February 19th, 1995 in Sombor, Serbia this center in the 2014 NBA draft was selected as the 41st overall pick by the Denver Nuggets. The player played youth basketball and quickly became a dominant figure with his impressive height standing at 7 ft 0 in (2.13 m) tall. Until 2015 this center played in the Serbian League and with time raising his averages and stats. In the first season at the Denver Nuggets he already was selected to the NBA All - Rookie First Team. In 2017 he almost was the NBA Most Improved Player. In 2018, the center signed a five-year maximum contract extension with the Nuggets. His assists under the rim are a real treat for the fans of the NBA, often passing balls behind the back and making his team mates perform better. In the 2018/2019 season he made first All – Star selection and All - NBA First Team selection after leading his Denver Nuggets to Conference Semifinals. A truly remarkable player with a dominant physique and the “eyes behind his head”.

Wow! This means the average man in the United States needs to work for at least 33.7 years to earn the same as The Joker earns in only 1 month.

The center signed a maximum contract extension with the Nuggets in 2018 for 148 million dollars for five years and he has become an irreplaceable member of the Denver Nuggets franchise.

Jokic Tattoo - Does he have one?