Join us and discover everything you want to know about his current girlfriend or wife, his incredible salary and the amazing tattoos that are inked on his body. Find out what house the American Point Guard lives in or have a quick look at his cars! 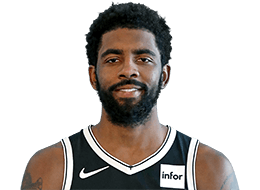 Welcome basketball fans from all over the globe, welcome to the wiki of the one and only Uncle Drew. The man that clinched the NBA Championship in 2016 with his dagger over Steph Curry. He started his NBA career at the Cleveland Cavaliers when he was drafted as the number 1 overall pick by the team from Ohio in the NBA Draft of 2011. In his first season with the Cavs he instantly became a fan favorite because he is a very entertaining player to watch. He would go on to win Rookie of the Year honors and he helped put some positivity back into the franchise after LeBron James had left in the summer of 2010. After 3 seasons with the Cavs, with no noticable success in terms of winning, LeBron James rejoined the Cavs in the summer of 2014. This definitely kick started the career of Uncle Drew as he and LeBron would go on to lead the Cavs to the finals 3 straight years. The ultimate highlight came in 2016. The point guard helped Cleveland win it's first title ever by knocking down a threepointer over Steph Curry of the Golden State Warriors. Things did go downhill from there though. He asked for a trade in the summer of 2017 and he spent two pretty unsuccesful years with the Boston Celtics. In 2019 he joined the Brooklyn Nets together with his good friend and fellow superstar Kevin Durant.

Wow! This means the average man in the United States needs to work for at least 50 years to earn the same as Uncle Drew earns in only 1 month.

He has had some very good contracts over the years as well as some absolutely massive shoe-deals. He is the real deal and his net worth absolutely represents that. At the Nets he is finally having a max-contract. Good times for the man from Melbourne.

Irving Tattoo - Does he have one?