Join us and discover everything you want to know about his current girlfriend or wife, his incredible salary and the amazing tattoos that are inked on his body. Find out what house the Latvian power forward/center lives in or have a quick look at his cars! 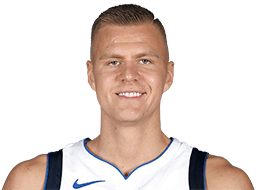 One of the tallest active players in the NBA, this power forward can also play the center positions. Born on August 2nd, 1995 in Latvia, the player has incredible height standing at 7 ft 3 in (2.21 m) tall. The player followed his parents' footsteps played basketball already at age 6. He began his professional career in 2011 with Sevilla in the Euro League and by 2013 this power forward quickly became a key player of Sevilla senior team. In 2015, at the age of 18 he became the youngest European player ever to receive the Euro Cup Basketball Rising Star award. The New York Knicks selected the young power forward in the 2015 NBA draft as the fourth overall pick. He was the highest player drafted from the Baltic countries to date and quickly became the New York Knicks’ young star. His debut in the New York Knicks was strong and the 20-year-old power forward outperformed some of the great players from NBA history and almost moving Patrick Ewing from the throne as a rookie in a single game NBA performance. He still remains one of the NBA’s most unique high players. In 2019, this American professional basketball player was traded to Dallas Mavericks.

Wow! This means the average man in the United States needs to work for at least 36.5 years to earn the same as KP earns in only 1 month.

The Latvian power forward has a net worth of 60 Million Dollars.. In July 2019, the player agreed to re-sign with the Mavericks on a five-year maximum contract worth $158 million.

Porzingis Tattoo - Does he have one?