Join us and discover everything you want to know about his current girlfriend or wife, his incredible salary and the amazing tattoos that are inked on his body. Find out what house the American point guard lives in or have a quick look at his cars! 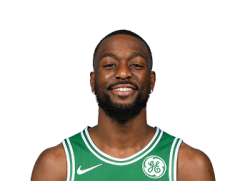 Kemba is a professional basketball player for the Boston Celtics in the NBA. During the Junior year in high school he had a great moment where he played against Simeon Career Academy and senior guard Derrick Rose. They won with 53-51. Because of his stunning result he was considered the number 5 point guard and the number 14 player of the nation back in 2008. During the Freshman Year at the University of Connecticut he was named to the Big East All-Rookie Team. He played just two games but had an average of 25.5 minutes per contest - a lot more than any regular non-starter. In the 2010-11 season he became the second-leading scorer in college basketball. The sophomore year brought him in all the 34 of the games that took place. Fast forward, in 2011, he decided to leave UConn for the NBA and entered the draft. It wasn't a surprise that he got in and was selected 9th overall by the Charlotte Bobcats. Kemba is a three-time NBA All-Star, and we can only be excited to see what this player is going to do next.

Wow! This means the average man in the United States needs to work for at least 43.0 years to earn the same as Cardiac Kemba earns in only 1 month.

Kemba is the 12th best-paid NBA player this year as his salary almost doubled. He is the highest-paid player of the Boston Celtics.

Walker Tattoo - Does he have one?