Join us and discover everything you want to know about his current girlfriend or wife, his incredible salary and the amazing tattoos that are inked on his body. Find out what house the American shooting guard/small forward lives in or have a quick look at his cars! 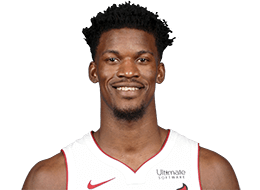 Born in Houston, Texas, this shooting guard at one point in his early life was homeless but still managed to be one of the most inspirational sports stories known in the NBA. With his father out of his life when he was just an infant, he was forced to go bouncing from one friend’s couch to another after his mother kicked him out of the house. Already going to struggles in life that most people never have to face, “soon to be” one of the NBA’s biggest names, overcame the obstacles in his life path that eventually gave him and all the NBA fans an amazing inspirational NBA story. Playing four seasons at Marquette University he was taking his game to the next level. He was drafted by the Chicago Bulls in 2011 NBA draft as the 30th overall pick and made all the hard work in his life worth doing. In the upcoming years this player showed versatile skills, and remained one of the franchise most important players all through the years, up until 2017 when he was traded to Minnesota Timberwolves. As he is one of today’s most recognizable faces in the sport with an acclaimed NBA career, we cannot do nothing else but admire this player’s lifetime accomplishments. He almost tripled his rookie season points per game during the 2012 - 2013 NBA season and with more game minutes on his back over the seasons it is no wonder he was the first Chicago Bull ever to be named the 2014 – 2015 NBA Most Improved Player. Being an All -Star over the course of four seasons and four times on the NBA All - Star Defensive Team, this player still remains one of the biggest names in the NBA. He played with multiple teams, was traded to the Philadelphia 76ers in 2018 and next year the man from Texas signed with the Miami Heat. Little do people know that this shooting guard from Texas in his private life likes to wear cowboy boots and listen to some good old country music, occasionally with a guitar in his hand. As he would say: “Texas forever!”

Wow! This means the average man in the United States needs to work for at least 44.2 years to earn the same as Jimmy Buckets earns in only 1 month.

This player from Texas has one of the most recognisable faces in the sport. His career earnings are over $60 million, not including endorsements. Originally, he was with Adidas but turned down the endorsement to join Air Jordan. He did so because the Adidas were causing foot problems. In 2016, he became the national face of Bonobos, a menswear brand out of New York. According to estimates, Butler’s net worth is $85 million.

Butler Tattoo - Does he have one?