Join us and discover everything you want to know about his current girlfriend or wife, his incredible salary and the amazing tattoos that are inked on his body. Find out what house the American shooting guard/point guard lives in or have a quick look at his cars! 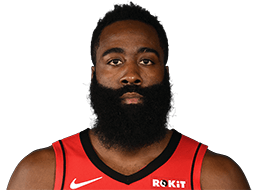 This shooting guard / point guard was born on August 26, 1989 in Los Angeles, California. The player had a solid high school & college career playing with great averages and with the Arizona State University he was named a consensus All – American Player of the Year. In 2009 NBA draft he was drafted as the third overall pick by Oklahoma City Thunder and soon helped his team reach the NBA finals with the Miami Heat in 2012, also being named as the NBA Sixth Man of the Year. Before the 2012/2013 NBA season he was traded to Houston Rockets, in 2016 he led the league in scoring and also became the NBA Most Valuable Player. A seven - time NBA All - Star that has earned All - NBA Team honors six times of which selected five times to the first team. Joining the Rockets greats Moses Malone and Olajuwon as the third player in franchise history to receive the award, earning the MVP honor for the 2017/2018 season for a second time in his career. Mostly playing at the shooting guard positions with high season averages, the man is famous all around the world for his step - back jumper.

Wow! This means the average man in the United States needs to work for at least 37.9 years to earn the same as The Beard earns in only 1 month.

Harden Tattoo - Does he have one?