Join us and discover everything you want to know about his current girlfriend or wife, his incredible salary and the amazing tattoos that are inked on his body. Find out what house the Slovenian point guard lives in or have a quick look at his cars! 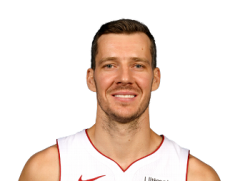 Goran is a Slovenian basketball player that plays for Miami Heat in the NBA. He plays in both point guard and shooting guard positions and has been involved in several teams before he signed at Miami Heat. His professional carer started back in 2003 when he was only 17 years old. After two years at Slovan he got transferred to the Spanish ACB League and signed at Saski Baskonia. In 2008 he joined the NBA draft and got selected in the second round, 45th overall, by San Antonio Spurs. He helped the Slovenian national team to win its first FIBA EuroBasket title in 2017 and got the title of the Most Valuable Player of the tournament. He got the first NBA All-Star title in 2018 with Miami, and although he has been on the game for quite some time, we still expect to see a lot of things coming from him.

Wow! This means the average man in the United States needs to work for at least 25.5 years to earn the same as The Dragon earns in only 1 month.

Goran is the 2nd best-paid player of the Miami Heat this year, and his earnings increased with 6.12 percent compared with the previous season.

Dragic Tattoo - Does he have one?