Join us and discover everything you want to know about his current girlfriend or wife, his incredible salary and the amazing tattoos that are inked on his body. Find out what house the Greek forward lives in or have a quick look at his cars! 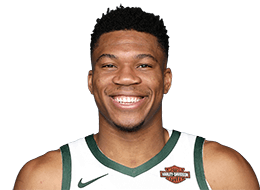 Heis a Greek professional basketball player for the Milwaukee Bucks in the NBA. He is known for his speed and his freakish athleticism. This is probably why fans decided to give him the nickname the Greek Freak. Even though he was born in Greece, he discovered basketball at a young age. Actually, for the first 18 years of his life, he was stateless having no papers confirming his state. This all changed in 2007 when he started to play basketball, and by 2009 he was playing for the youth squad of Filathiltikos. This lead to an important event in his life in December 2012 a few days after turning 18 he joined the Spanish club CAI Zaragoza that included NBA buyouts after each season. This helped him become eligible for the 2013 NBA draft. He managed to fulfill his draft projections in the first-round pick and got selected by the Milwaukee Bucks. Four years later, he got the Most Improved Player award in 2017 and received three All-Star selections. He is known for being fast and always improving his game. This is why in June 2019, he was named the NBA Most Valuable Player of the year. The future sounds promising for this young player, and we are curious to see how he is going to handle the prime years of his career. According to some he is the most exciting player in the NBA, let's now find out if he is as exciting off the court as well!

Wow! This means the average man in the United States needs to work for at least 33.8 years to earn the same as The Greek Freak earns in only 1 month.

He is on a huge contract at the moment. So we are absolutely certain that his net worth is going to increase over the upcoming years. The Greek Freak is getting paid.

Antetokounmpo Tattoo - Does he have one?