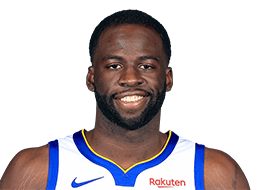 Draymond grew up in Saginaw, Michigan, and he discovered basketball at a young age. He won multiple honors, and during his career he focused on becoming one of the greatest players. However, Green started his basketball career when he joined college. As a freshman, he appeared in 37 games and started to show his magic. Between 2009-2010 he became the first player in his college to be named Big Ten Sixth man of the Year. That must have been a great moment for our pro basketball players because the next two years, he was ultimately all in. Life brought Dray what he needed most, and in the 2012-13 seasons, he was selected in the 2012 NBA draft by the Golden State Warriors. He signed with them a three-year contract, and since then, he has been a long term team member. He primarily plays at the power forward position. He is a three-time NBA champion and also a three-time NBA All-Star. 2017 brought him a significant award, the NBA Defensive Player of the Year. He is known for being able to play and defend multiple positions together with making plays for teammates that bring amazing results. This is one of the reasons he is often cited as being part of the leaders in an emerging trend that the NBA has not seen until now.

Wow! This means the average man in the United States needs to work for at least 24.2 years to earn the same as DrayMagic earns in only 1 month.

Draymond will be in the top 50 best paid NBA players next year. Through all his seasons he had an average salary of 9 Million Dollars. His current net worth is estimated at 65 Million Dollar (60 Million Euro).

Green Tattoo - Does he have one?