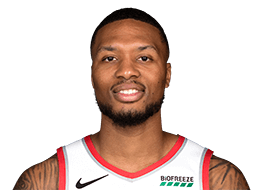 This American professional basketball player was born on July 15, 1990 in Oakland, California. In his high school days, he switched a couple of high school and eventually ended up in Oakland High School, where had a steady rising career with good averages as a First Team All – League in his junior and senior years. The player accepted a scholarship offer to play for Weber State University and soon widely regarded as the top point guard he decided to join the NBA 2012 draft. After the 201 NBA draft and being selected by the Portland Trailblazers as the 6th overall pick, the point guard from California was soon voted as the NBA Rookie of the Years. He plays for Portland Trail Blazers ever since and making impact on the Trail Blazers game ever since and he is one of four players in Trail Blazers franchise history to receive a four – time NBA All – Star selection. This point guard impresses NBA fans with smooth ball skills and in often time he is in a situation to solve the game in the last seconds with an “at the buzzer” finisher. In personal life the player is a hip hop artist and already has released a couple of albums.

Wow! This means the average man in the United States needs to work for at least 40.3 years to earn the same as Big Game Dame earns in only 1 month.

This amazing basketball player currently has an estimated net worth of 125 Million Dollar (112 Million Euro). In June 2019 the player agreed with a new contract at the Trail Blazers. He signed a new deal for the upcoming four year that will net him a whopping $196 Million Dollar in total.

Lillard Tattoo - Does he have one?