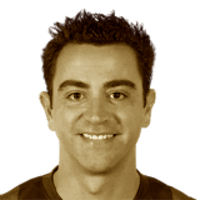 His bug eyes were always on the lookout for an opening in the field of play. His passing was his strength. He used the other players to retain possession of the ball and was instrumental to the success of the tiki-taka system. Although it was a bit annoying to watch if you were neutral, it did prove to be very effective. The small man enjoyed considerable success on the pitch. Off it, he was sponsored by Adidas and featured in ad campaigns for the German brand. His contracts were lucrative, and his net worth is about 90 Million Euros.

What does Xavi currently do?