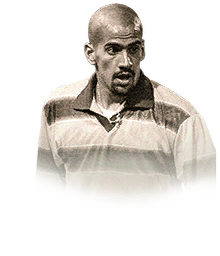 No legend has confused us as much as he has. We're still on the fence about his status as one. The things that he could do with a ball were astounding. But that didn't always reflect in his career. He was a playmaker who could also play from way behind in the midfield. He had been bending balls from free kicks too, but there was no one to hype the world up. He faded quite quickly but has a few loyal fans to this day. If we're correct, his net worth is in the region of 40 Million Euros.

What does Verón currently do?