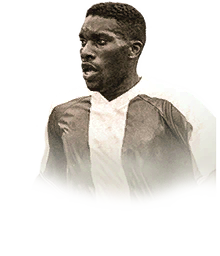 Twice was a top talent from Nigeria who acquired Turkish citizenship while playing for Fenerbahçe between 1996 and '98. He enthralled fans all over the world with his dribbling ability. He's one of those players who played the beautiful game like it ought to be. Named as one of the top 125 living footballers by Pelé in 2004, he was the Golden Boy of Nigerian football. His performances for his home country, Nigeria, stand out from his club achievements. He never got to play for a top European Club of the time, but the fans still loved him. His net worth from football is estimated to be around 15 Million Euros.

What does Okocha currently do?