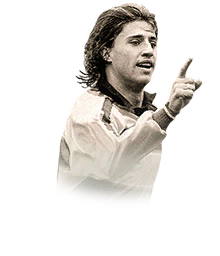 One of the very few players to have never received a red card during his career, this legend was as cool as a cucumber in front of the goal. His proficiency in scoring was unmatched by many at the time. One of Argentina's famous exports, he made the Serie A his own. One of the players to score with five different teams in the Champions League, Valdanito, endorsed Nike and featured in several adverts for the American giants. We think he could have made a lot more money had he moved to a club in Spain. His net worth, from his career, is estimated to be about 60 million Euros.

What does Crespo currently do?