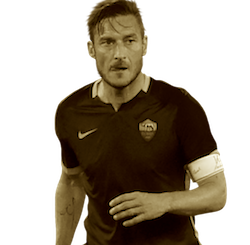 The Roman Gladiator is synonymous with commitment. He was a faithful servant of AS Roma for three decades before calling it quits. As their captain, he enjoyed a lucrative salary package, but it was never about money for this gentleman. He has been sponsored by Nike, Diadora, Pepsi, EA Sports, Pro Evolution Soccer, and the online poker company Party Poker. He has also made sporadic appearances on film and TV. His engagements combined with his salary have netted him, about 100 million Euros. He also runs a football academy and works with underprivileged children. It has come to our knowledge that he might have a few other business interests too.

What does Totti currently do?