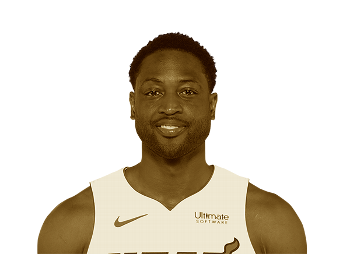 The man with the bizarre spelling in his name came into the foray in 2003, thanks to the Heat. This gentleman is a three-time NBA Champion with the Miami based team. The Finals MVP of 2006 has also played for the Bulls and the Cleveland Cavaliers before retiring in Miami with the Heat. He made his riches from the court and by endorsing Gatorade, Panini, and New Era. He also has an equity stake in Li Ning, a Chinese sportswear company. The legend has about 120 Million Dollars in net worth according to our calculations.

What does Wade currently do?