Theo Hernandez is one stylish footballer who can rock the field with his skills. He is young, but he has already become famous worldwide. Unfortunately for girls, he is not single, and his girlfriend is stunning. Zoe Cristofoli is the beautiful Italian WAG of the young football player, and this article is all about her.

Theo Had To Work Hard To Get Her

Zoe and Theo met in June 2020 while having dinner with a mutual friend. Theo fell in love instantly and reached out to her on Instagram, but Zoe did not reply. He kept pursuing the model in vain until one day. He asked her out for dinner and dancing, and Zoe said yes. Ever since then, Zoe and Theo have been together through all the ups and downs.

They recently had a little fight, which sparked rumors about splitting up, but they are still together. The details about their little squabble are private, but it is typical to people this young. They kept the status of their relationship a secret for some time until they moved in together.

Zoe is a famous Instagram model, fashion blogger, and influencer, but she does not like the last term. She mentions that she only likes to interact with her followers and share her thoughts with them. She was famous before meeting Theo, but her popularity skyrocketed after meeting the football star. Cristofoli has an extensive dating history that includes several celebrities.

The Italian model was born on September 5, 1996, making her 24 years old right now. Her zodiac sign, Virgo, suggests that she has an introverted personality and meticulous work ethic. Her birthplace is Verona, and people affectionately call her the “tigress of Verona”. It is all thanks to her tattoos that cover almost every inch of her stunning body. Her love for tattoo art also motivated her to open her tattoo studio. Before making it big in the fashion industry, Zoe worked as a babysitter, waitress, and mechanic. One can see that she has worked hard to earn all that fame and popularity, and she deserves every bit of it. She has also worked as a DJ and appeared in a music video of Omar Pedrini, an Italian singer. Despite her numerous professions and WAG status, the net worth of Zoe Cristofoli is unknown.

Her Family Life Is Private

Her parents filed for a divorce when she was young, which influenced her. She does not like to talk about it but is currently trying to mend her relationship with her father. She has not revealed any information about her siblings or early education.

Her Dating Life Is Dramatic

Zoe Cristofoli dated several famous personalities before meeting Theo, due to which she gained popularity. In 2014, she dated Andrea Cerioli for a short while, a former contestant of Temptation Island. The following year, she dated Francesco Bordi, but that love story did not make it either. She was with Luca Danese, an entrepreneur, in 2017. In 2018, Zoe had a brief, whirlwind romance with Fabrizio Corona, following which she hung out with Sergio Aguero. Her tumultuous love life is the topic of discussion for her fans and followers. Her fiery and open personality makes it easy for her to make men fall in love with her.

She Knows How To Achieve Her Objectives

Zoe has an outgoing personality that allows her to shine. Thanks to her entrepreneurial skills, she can expand her network everywhere she goes. Her looks and modeling talent have placed her on a pedestal in the fashion industry. She is only 24 years old but has achieved several things that other people can only hope to get. Zoe is hardworking and dedicated to her craft, and she deserves appreciation for it.

Nobody knows if Zoe and Theo will last forever because both of them do not seem to be the types to settle. For Zoe, everything is a contest, and she has to achieve the best. One can only hope that Theo turns out to be “the one” for Zoe. At present, the two lovebirds keep praising each other on Instagram because they are deeply in love. Their relationship appears to be serious, but fans can never know what will happen next. 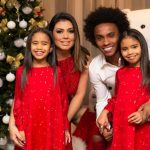 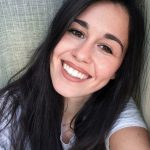