Zinedine Zidane was just eighteen when he met his future wife! Keep reading to know everything about the girl who stole his heart forever. While the world always knew Zinedine Zidane as a passionate man, it was in his biography that he really revealed what his wife, Véronique Zidane, and their family meant to him.

Born on November 10, 1971, in France, Véronique Frenández Lentisco is a former model and a dancer. Even though she was born in France, she grew up in Spain before moving back to her home country for further studies. The beauty was born to Antonio Fernández Lentisco and Ana Ramírez Martínez and has a sister named Sandrine.

Although she majored in biology from Toulouse, her passion was for dancing, and she decided to go to Rosella Hightower Dance School, Cannes. In 1988, Véronique decided to leave her own life behind and started staying at Foyer des Jeunes Travailleurs of Salon-de-Provence, a housing, especially for young workers. To support her dreams, she started waitressing, and this is where she met her future husband.

Zinedine Zidane was a budding football player when he met Véronique and was playing for Cannes. Soon, he climbed the steps of success and soon became one of the most sought-after players by prestigious clubs. While the pair were dating, Véronique realized that in order for her then-boyfriend to follow his dreams, she would have to give up hers. She gave everything up to follow him around the world until they finally decided to settle in Madrid.

The couple met while living in the same building and on two sides of the hallway. Even though they were attracted to each other, saying the first words were another story as they were both shy. Thankfully, Véronique decided to initiate the first step and started a conversation. Small talks continued until Zidane shifted to a small studio, and she moved in soon after.

When quipped about the secret to their long and happy marriage, Veronique Zidane revealed that theirs was a fairytale relationship; they made a life together and ensured that their paths always remained the same. Zinedine is equally devoted and speaks highly of his wife.

They all have football aspirations of their own. In the years leading up to his retirement, Zidane took up managerial responsibilities, and all his sons were trained at the youth academy of Real Madrid. Enzo Alan Zidane Fernández is currently at CF Rayo Majadahonda playing as a midfielder, has played internationally for Spain, and has taken Spanish citizenship. Luca is the fourth choice for a goalkeeper for Real Madrid. The close-knit family is extremely supportive of each other and attends games to cheer whenever possible. They are also frequently seen vacationing, and their social media are full of pictures enjoying themselves!

Veronique Zidane is a private person, and while she was often spotted in stadiums cheering for Zidane, she rarely comes out on her own to do press or interviews. However, whatever information she has revealed concludes that she is a fitness freak. How else would you expect to see her looking this youthful?

Turns out, the stunner practices yoga every day to remain centered. She also workouts regularly and is a vegetarian; it is said that Mrs. Zidane also closely monitors her diet. Well, when you have a superstar footballer for a husband, it becomes necessary to maintain yourself.

Since Veronique does not work herself, but she does have a few endorsements and brand deals. Her net worth is attached with her husband, and it is estimated that the amount is jaw-dropping €62million! 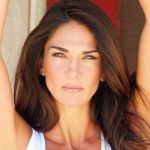 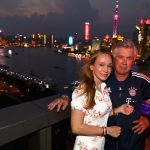